Created by Lord Menuhin, one of the greatest violinists of the 20th century, the International Yehudi Menuhin Foundation (IYMF) has been set up as an international non-profit making association by Royal Decree in 1991 in Brussels. The  idea  of Yehudi Menuhin was to influence decisions at European level regarding education and culture, for a more inclusive and creative education since the early age.

The current President of the IYMF is Coen Teulings and the President of Honor is Barón Crespo, former President of the European Parliament and several Board Members have been involved in the European Institutions as well. Among the  member of  the IYMF  General Assembly  there is Mr Federico Mayor ex Director-General of UNESCO, currently  Chairman of the Foundation for a Culture of Peace and member of the Honorary Board of the International Decade for the Promotion of a Culture of Peace and Non-Violence for the Children of the World and Mr Juan de Dios Ramírez Heredia, first EU Roma deputy.

The mission of the IYMF is to encourage the awareness, expression and recognition of minorities cultures to uphold the role of the arts in education and society in order to build enduring bridges among different cultures present in Europe.

At European level the International Yehudi Menuhin Foundation undertakes the role to remind the political, cultural and educational institutions of the importance of art and creativity in all the processes of personal and societal development: the IYMF promotes artistic and educational projects to give a voice to the different cultures present in Europe and to educate the children to an European inclusive and pluralistic citizenship through the arts. The work of the IYMF is recognised at European level and the with the project  « Voices for Tomorrow » financed by DG EAC the IYMF has taken the role of ambassador for European Cultures through the voice of the artists.

The IYMF creates, manages and implements projects whose purpose is to give a voice to the voiceless.

The Fondazione Nazionale Carlo Collodi (FNCC) is an Italian non-profit organisation (established by Decree of the President of the Republic no 1313/1962). Since 1990 it is included in the official Table of Cultural Institutes of National Interest by the Ministry for the Cultural Heritage and Activities and it is an accredited Training Agency.

Its statutory aims are to spread Carlo Collodi’s works with special focus on the Adventure of Pinocchio,  that  has become one of the most  translated book for children in the world. The  FNCC has created  in 1950 the Pinocchio Park in a rural village in Tuscany. The Park is  an open art museum for children with artistic contributions from prominent figures in Italian art and architecture. Nowadays the Pinocchio Park has more than 100.000 visitors every year, from all over Italy and Europe, and also from outside Europe.  Most of visitors are children, both on school or family trips.

Besides the management of the Pinocchio Park the FNCC has expertise to provide access to culture and learning opportunities for school teachers, young children and their families. Since 1962 the FNCC has been working to enhance children’ education through literature and art.

The FNCC’s activity  focuses on the creation and development of school educational methodologies and approaches in the field of inclusive art and exploits various media including ICT based ones that are disseminated through  the participation and organization of high level international seminars and conferences in Italy and abroad. The FNCC activities widened from those connected with literature and reading to broader educational and popularization concepts, where the character of Pinocchio works as a testimonial for educational or socially relevant issues, thanks to its wide popularity in Italy and abroad.

Art in education and the development of training methodologies has also been the core of some EU-funded projects where the FNCC has been promoter or partner, targeted to social inclusion, intercultural dialogue, inclusive education through arts. Some of them with a specific use of web 2.0 as a tool to engage new and different audiences: migrants, people with disabilities, social excluded children and adult lifelong learners.

University of Firenze, Department of Education and Psychology

The second, established in 1987, originated from the Laboratory of Experimental Psychology, founded in 1903 and is considered the first important centre for experimental research in Italy.

The Department’s institutional tasks are:

The Department, with more than 50 people attached in different positions, researches and disseminates cutting edge knowledge among actual and future teachers in pre-primary, primary, secondary and VET schools. Also in cooperation with public authorities and the private sector, we study and experiment training processes, be them individual, group based or within complex organization and at the level community relations, with a particular view on people’s lifelong and lifewide learning and development. It also studies cultural and social contexts and has a particular interest on contributing to a smart, inclusive and sustainable Europe thanks to education and training.

Particular interest is placed on the assessment and development of human resources in public and private organizations; on individual, relational, social and environmental wellbeing; on the development of innovation and entrepreneurship in work contexts; on organizational change analysis and development services; on building social, health and educational services based on cultural, legal and scientific evidence, and the emerging needs of civil society.

The Department is divided into two Sections – Pedagogy and Psychology – to develop all its research projects with an interdisciplinary approach, also for the purpose of training new, highly qualified scholars and specialists to work in the social, psychological, pedagogical and educational professions.

Among the Chairs and Labs it can count on:

Foundation Pfefferwerk, in German Stiftung Pfefferwerk, is a private organization for non-profit founded in 1999 with financial help from the City of Berlin.

Foundation Pfefferwerk aims at contribute to diversity, equality of chances and local development in the City of Berlin to strengthen community and foster social cohesion especially in disadvantaged areas of the German capital.

The financial and human resources of Foundation Pfefferwerk are focussed on activities aiming at developing the capacities of disadvantaged people (youngsters, migrants, women, refugees) for entering the labour market or on projects creating jobs mainly for the mentioned target groups. The idea how to reach these goals is on one hand to support financially projects designed by Berlin initiatives for common benefit, on the other hand the foundation is developing and doing own projects.

The areas of activity are

Normally Foundation Pfefferwerk supports or develops projects with a combination of different mentioned aspects (areas of activity and target groups). Following the decisions of the advisory board Foundation Pfefferwerk focuses its resources especially on activities in the areas of Education, Child and Youth Support and Welfare.

At the same time, the Board of Foundation Pfefferwerk is also the responsible structural overhead for a limited company for common benefit – Pfefferwerk Stadtkultur gGmbH. This is one of the most important social service enterprises in Berlin with more than 700 employees and trainees working in such fields like child care, community and neighbourhood work, private schools, youth support, social work for disadvantaged youngsters, school drop outs, offenders, offering vocational training.

It’s a very common practice in Foundation Pfefferwerk to have a direct exchange with the project organizers to learn about their motivation, their opinions and experiences regarding the different methods to apply or already applied (often in the field of culture, handicraft, new media, games) – and also about their needs to improve the results of their activities.

The Foundation Pfefferwerk is among the other member of the European network  REVES   Europen Network of Cities & Region for the Social Economy  http://www.revesnetwork.eu/members.php

And as member of REVES the Foundation Pfefferwerk is actively involved in:

ERIO's mission is to foster information and awareness raising on the social inclusion and equal treatment of minorities and other disadvantaged communities in Europe, informing authorities and civil society organisations and other relevant stakeholders for the problems facing these communities in their everyday life as well as for the human rights situation.

The main focus of our activities is on Roma population, but we also include and work with migrant and other ethnic, religious and national minorities in shaping and prioritizing our campaigns for change.

Advocacy actions are our main activity. The aim of the advocacy is to provide specific recommendations to EU, national and local authorities for developing specific policies, which would improve the socio-economic status and equal treatment of these disadvantaged and minorities groups. We provoke public debate with all relevant stakeholders in order to ensure that the voice of the minorities groups is reaching authorities but also to discuss with different institutions possibilities for policies and legislation which would bring change in the situation of the target group. Proposed advocacy instruments and approaches mainly focus on social inclusion and anti-discrimination in the fields of education, culture, employment and health care.  Raising awareness about prejudices and stereotypes, which lead to unequal treatment among these groups, is a particular focus of our activities. 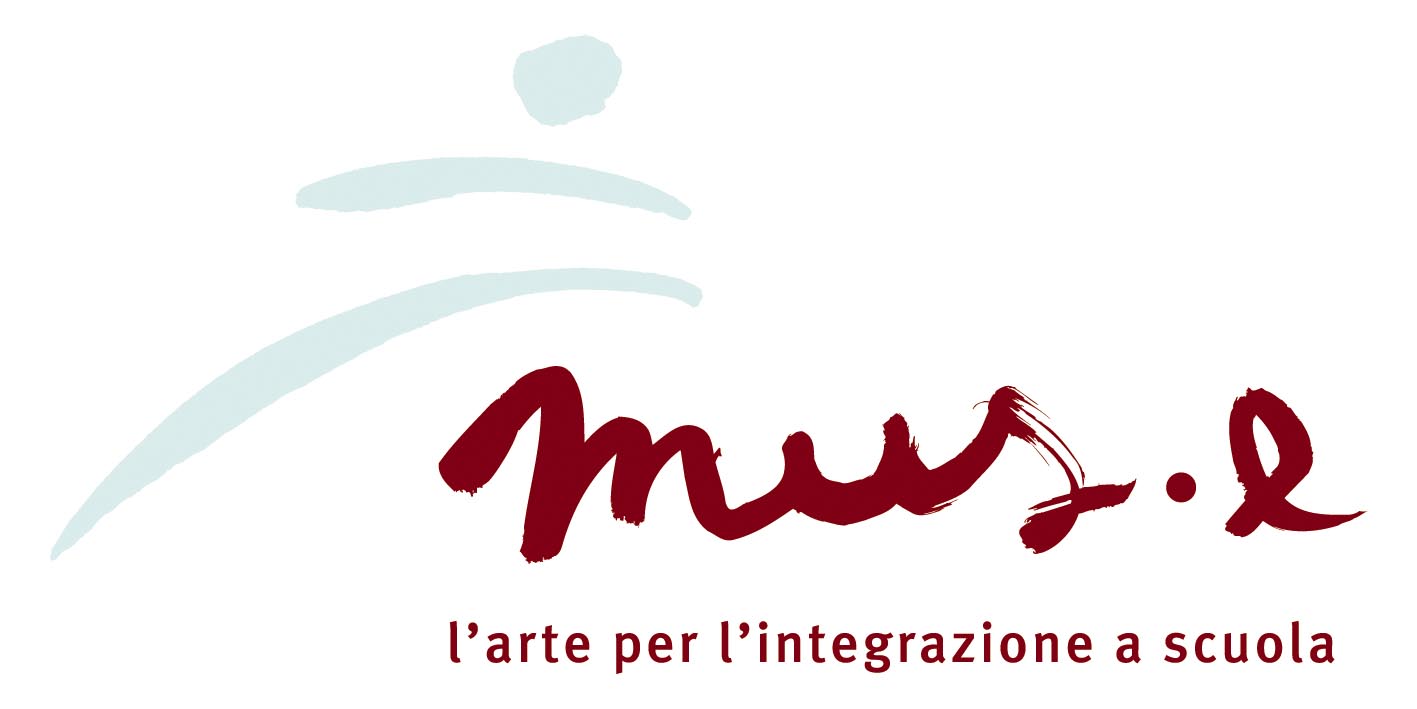 In collaboration with MUS-E network Belgium Germany Italy and Spain

MUS-E network: one of the core initiatives of the IYMF is the MUS-E (Musique – Europe) network, which was initiated in 1993 by Lord Menuhin and coordinated by the IYMF.

The MUS-E network is an informal artistic education network in Europe that operates with the support of 1,000 artists from all disciplines and all cultures working in over 450 primary schools and reaching over 50,000 children a year. In its concept MUS-E is an art program that concentrates on the development of the child and aims to help children – often coming from challenging environments- to begin the long road to personal fulfilment through the arts - music, dance, singing, drama and visual arts.

For more than twenty years the network has promoted social integration and aims to reduce levels of violence, racism and social exclusion among the children. The basic concept of the MUS-E network is the reflection initiated by Yehudi Menuhin about the interplay between highbrow culture and popular culture, with both having to learn from one another. This network has given itself a mission: not only education and art transmission but also acquiring a whole range of practices and competences (e.g. literacy, social inclusion) which prove to be useful for regular life in society in the broad sense of the term (including the practice of an artistic profession in its entrepreneurial aspects).

These artistic, educational and cultural actions have a unique and outstanding impact in the context of European cultures and are mutually enriched by daily practice of artists working with children and young people. This process inspires wider audience to collect multicultural experiences and through these experiences stakeholders can reflect on cultural diversity as a source of collaboration and on the creation of a new platform to re-identify their roles in society. These actions, which are the core target of the IYMF, make it possible to manage an ever increasing and attractive multiculturalism on a daily basis in Europe and contribute to integrating young talents, young people and developing their multiple, flexible identities as redefined by the use of new technologies which are becoming ever more strongly rooted in their everyday life.

The IYMF is coordinating the international MUS-E network, which exist in 12 countries. Beyond this coordination the role of the Foundation is to support its network by organising workshops, training seminars and master-classes that encourages mobility and professional improvement for artists and teachers that work in MUS-E classes all over Europe. The Foundation also sets up projects of co-creation activities so artists (approximately 1000 people) of the MUS-E network can exchange their experiences and good practices of their activities, just as stimulating each others work in the classroom and beyond.

The 245 members of the ATEE are individuals and institutions involved in the research and practice of teacher education.

The ATEE takes part in a board network of national and international institutions, associations and governmental bodies most of them from Europe but also  from United States, Australia, Israel and African countries. The ATEE also provides advice to the European Commission.

In the META project the ATEE will support the dissemination of the META results among its members and network.