On January 12th 2017 four artists, five Primary School teachers, three staff members of the Pfefferwerk Foundation have come together for a one-day training with Andor Timar (MUS-E president from Hungary) and Werner Schmitt from Switzerland (founder of the MUS-E program and president of MUS-E Germany).

The aim was to start off the MUS-E Program and the META-Pilot phase in Berlin at the Kurt-Tucholsky-School and Carl-Kramer-School. For all participants it has been an exciting day training. The group had a lot of fun by exchanging thoughts, experiences and by learning about MUS-E and the current stage of the META-Pilot phase. With enthusiasm and motivation, the group finished the training with a dinner together in the small restaurant the “Knoedelwirtschaft” in Berlin. 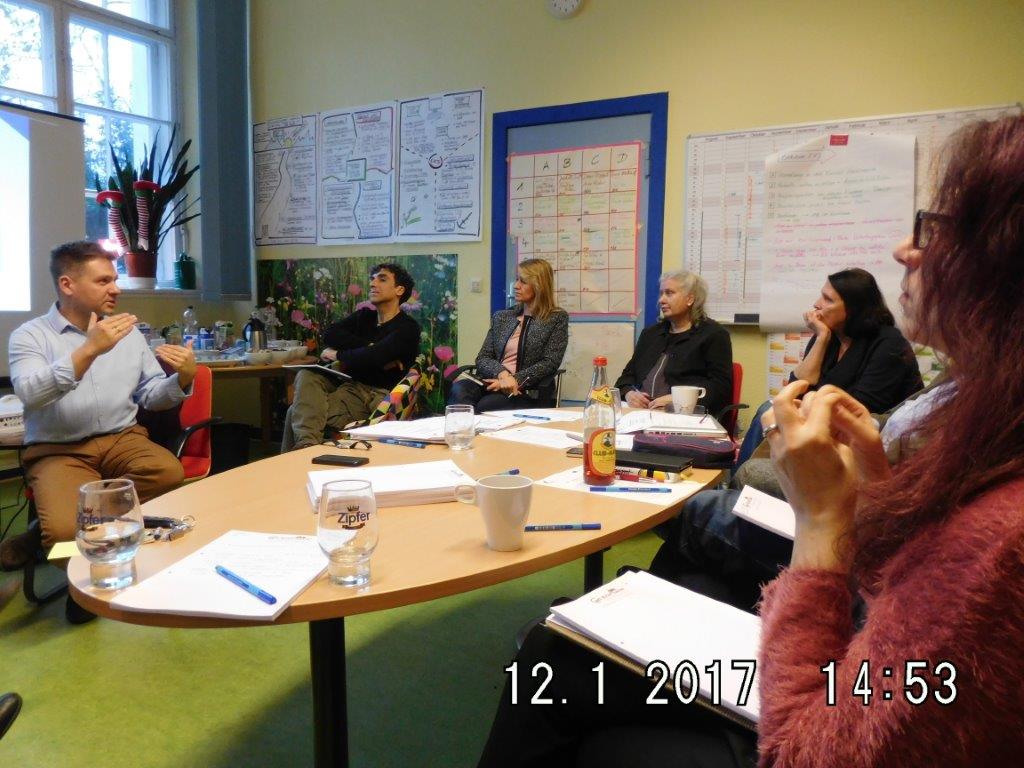 The META-Pilot phase of four month is an essential part of the Erasmus+ project “Minority Groups Education Through Arts” (META) which has been started in November 2015. META is a partnership of five Organizations since long active in transformative education and covering four countries: Belgium, Germany, Italy and Spain. 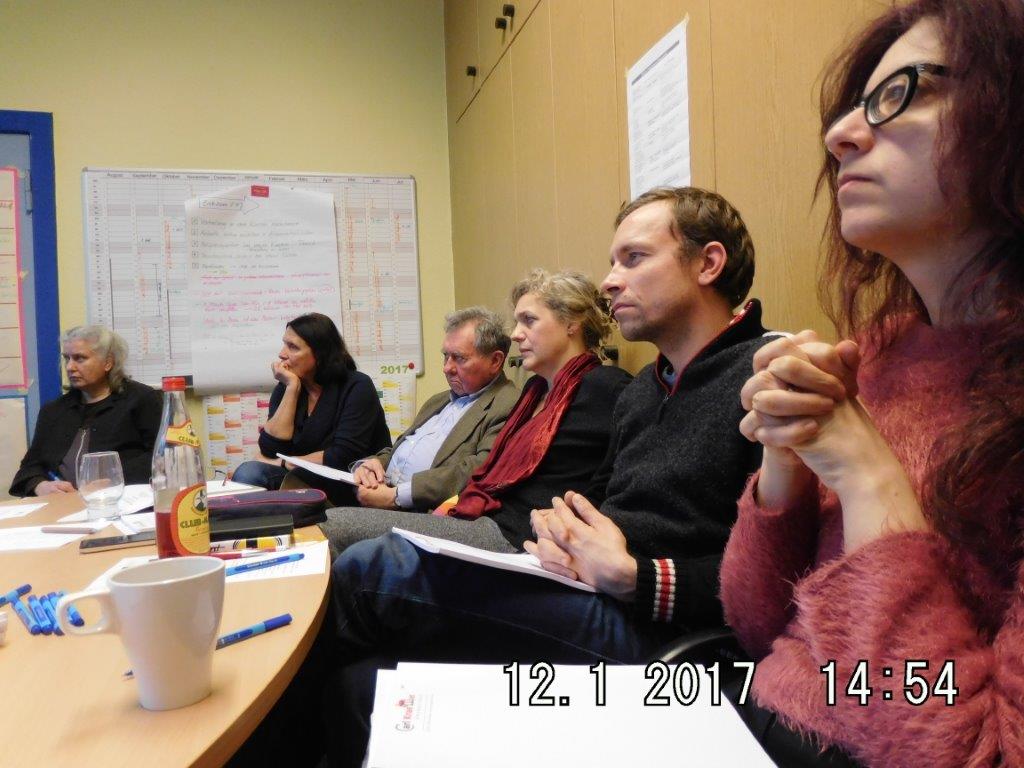 The four classes were selected by the Pfefferwerk Foundation for the META-Pilot phase are classes at the Kurt-Tucholsky-School (Berlin-Moabit) and the Carl-Kraemer-School (Berlin-Mitte). All together there eighty-three children that will benefit from the arts-in-school-program. Seventy-three children have several backgrounds such as Syrian, Romanian, Lithuanian, Serbian, Greek, Turkish, Bulgarian, Cameroon, Bosnian and others. Three artists are going to work with the children in four classes with the art form of theatre with different focal points. The artists will work in a close cooperation with eight teachers. The University of Florence will evaluate the process and the results during the pilot phase and after four months.